The American InterContinental University System’s mission is to provide for the varying educational needs of a career-oriented, culturally diverse, and geographically dispersed student body with the goal of preparing students academically, personally, and professionally.

The American InterContinental University System (or the “AIU System”) is comprised of American InterContinental University (AIU), California Southern University (CalSouthern), and Trident University International (Trident). The AIU System was established in November 2020 to provide an effective framework for AIU and Trident to continue to serve their differing student populations distinctly. CalSouthern joined the AIU System in July 2022. Additionally, DigitalCrafts, a coding bootcamp offering non-credit courses, is also a part of the System.

The System is led by the AIU System Board of Trustees and is overseen by an executive leadership team. The AIU System operates under a set of regulatory approvals, including institutional accreditation by the Higher Learning Commission (HLC).

The AIU System is committed to providing quality and accessible higher education opportunities for a diverse student population, including adult or non-traditional learners and the military community. The member institutions each offer educational experiences for students, while benefitting from a combined university network.

The American InterContinental University System is accredited by the Higher Learning Commission (hlcommission.org), an institutional accreditation agency recognized by the U.S. Department of Education.

In addition to institutional accreditation by HLC, the System also has several programs that are programmatically accredited.

AAQEP: AIU is a member in good standing of the Association for Advancing Quality in Educator Preparation (AAQEP). The Master of Education program has been awarded full accreditation by AAQEP through June 30, 2026.

The American InterContinental University System is licensed by the Arizona State Board for Private Postsecondary Education to grant degrees.

Aimed at expanding distance education opportunities for students, the National Council for State Authorization Reciprocity Agreements (NC-SARA) is an organization that establishes comparable national standards for the interstate offering of postsecondary distance education courses and programs. The American InterContinental University System has been approved to participate in NC-SARA.

Department of Professional and Continuing Education

DigitalCrafts (DC), a coding bootcamp, is also included within the AIU System. DC instructors have years of real-world experience in their field. The curriculum is also maintained by its instructors, meaning that it’s made by and for information technology professionals and developers. Upon completion of DC’s programs, graduates will earn an official Certificate of Completion.

The AIU System recognizes the sacrifices that service members make. This is why we focus on the unique needs of active duty, Reserve, and National Guard students - as well as veterans, military spouses, and families. We are proud to share that the AIU System has been ranked among Military Times Best for Vets: Colleges 2022 rankings. The rankings factor in the results of Military Times’ annual survey, a comprehensive school-by-school assessment of veteran and military student services and rates of academic achievement. This recognition is deeply appreciated by the System and one that we’re proud to share with our students.

The System community has a special commitment to promoting educational opportunity, and to supporting student goals through a set of Institutional Outcomes. To this end, the System places emphasis on the educational, professional, and personal growth of each student, and pursues this aim with a commitment to institutional integrity and ethics. Programs, policies, and institutional initiatives validate AIUS’s achievement of the Outcomes and support the System’s Mission. These foundational statements are evaluated periodically and modified, as appropriate, to meet the needs of the student body and the member institutions.

AIU System Board of Trustees

Bill Pepicello, Board Chair, has been a leader in higher education for 40 years. He holds advanced degrees from Brown University. His experience includes having served as a professor at University of Delaware and Temple University, and as the Southern California Regional Dean for National University. He also served as the Chief Academic Officer for American Intercontinental University. Beginning in 1995 Bill held several positions at University of Phoenix and helped guide the University through the transition from a degree completion institution to a comprehensive university serving students from the associate through doctoral levels. He founded both the College of General and Professional Studies and the School of Advanced Studies at the University. In 2006 Bill became the sixth President of the University of Phoenix, and as such was responsible for the leadership of the largest private university in the United States. He retired in 2014 and has been active in consulting and writing about higher education and leadership. Bill has served on the Arizona Commission for Private Postsecondary Education, under the Office of the Governor for the State of Arizona; was the Chair of the Banner Health Foundation Board; and is the past Chair of the Greater Phoenix Economic Council Board of Directors. Additionally, he served on the National Advisory Committee on Institutional Quality and Integrity (NACIQI), under the U.S. Department of Education.

Mark Novad has 30 years of experience focused on the areas of business operations and human resources. He has held global executive leadership positions at Intel Corporation, II-VI Incorporated and with Education Management. Mark has served on boards of director and as a board advisor. He earned a BS in Journalism and Telecommunications from Arizona State University.

Mark's expertise lies in all aspects of business operations, specifically the identification and resolution of employee and organizational issues. He has a proven track record of developing effective strategy and managing tactics for successful implementation. Mark has extensive experience in the areas of compensation, benefits, Human Resources Information Systems, employee communications, organizational restructuring, change management and operational improvement in both publicly-traded, privately-held and not-for-profit environments. The majority of Mark’s career has focused on process improvements to position businesses for success, his overriding philosophy is to develop a passion and respect for companies’ most valuable assets - their people. Mark has been intimately involved in the design and implementation of strategic and tactical programs focused on qualitative improvements benefitting both the company and the employee.

Alton Adams is currently the Managing Director of Boardwalk Consulting, a national executive search firm focusing on non-profits. Adams is an experienced executive who has served a host of mission-based organizations over his career. Presently, he is a member of the executive committees of the Atlanta Chapter of Boy Scouts of America and the Atlanta Humane Society. Past service includes six years on Georgetown University’s Board of Regents as well as board service with TechBridge and the High Museum in Atlanta. Adams is also a thought leader on issues of diversity and inclusion, having been tapped to design and lead D&I efforts at both Accenture and KPMG. A native of St. Thomas, US Virgin Islands, Adams received his BA degree in Economics from Georgetown University and his MBA in Marketing and Finance from the University of Pennsylvania’s Wharton School. At various times in his career, he has lived in Massachusetts, California and Maryland, but he, his wife, Dena Williams Adams, and Bernie, their 120-pound St. Bernard, are proud to call Atlanta home.

Walter Pryor most recently served as the Interim General Counsel, Chief Compliance Officer and Vice President of Legal Affairs for Chicago State University. Prior to that he was Senior Vice President of Government Relations and General Counsel at Ceannate Corp. Walter is also a seasoned legal expert with a background in government relations. His previous positions include Vice President of Government Affairs for Career Education Corp, Principal and General Counsel for the Podesta Group, Legislative Director for Senator Mark Pryor of Arkansas, and Deputy Director and Managing Attorney of the National Association of Attorneys General. He currently serves on the Board of Trustees of his alma mater, Hendrix College, the Board of Directors of Legal Prep Charter Academies in Chicago, the Board of Directors of the Washington Children's Foundation. He has also served as a member of the Board of Trustees of the Latin School of Chicago and the Board of Trustees of National Collegiate Preparatory Public Charter High School in Washington, D.C. Walter earned his B.S. in Political Science as a cum laude graduate of Hendrix College and received his J.D. from Georgetown University Law Center.

Stephanie Thurston is a seasoned leader in the for-profit higher education sphere. With nearly 25 years of experience at the executive level, Ms. Thurston has overseen growth in a variety of areas with a special emphasis on strategy and operations. She is currently the Vice President of Product Strategy for Higher Education at Pearson Education. There, her focus is on the North American Higher Education Courseware market. In this role, she uses her extensive background to refine and make available products that meet the needs of students, faculty, and administrators. Prior to coming to Pearson, Ms. Thurston held roles with Education Management Corporation including Vice Chancellor – Strategy and Operations, Vice President – Finance and Associate Vice President – Reporting and Strategic Development. Ms. Thurston is active in her community, working as a mentor with 1871 – Chicago’s Technology & Entrepreneurship Center. Stephanie is a mom of two teenagers and spends her free time at their many sporting events. 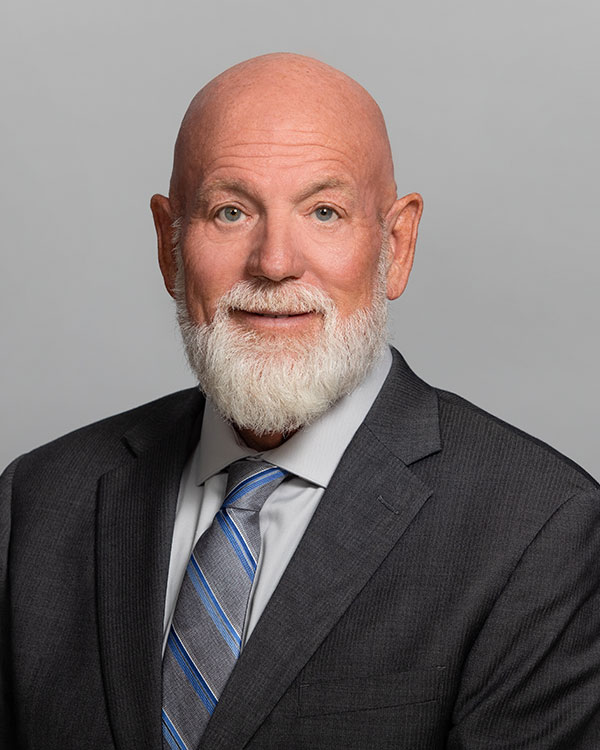 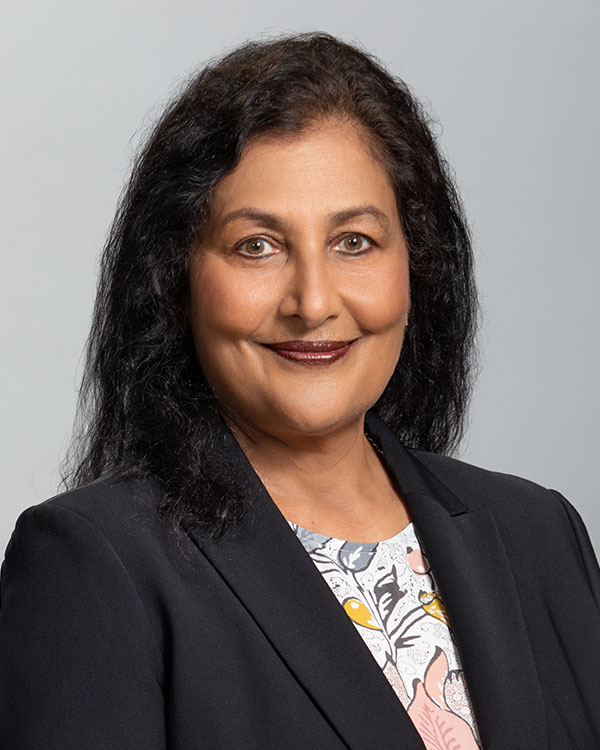 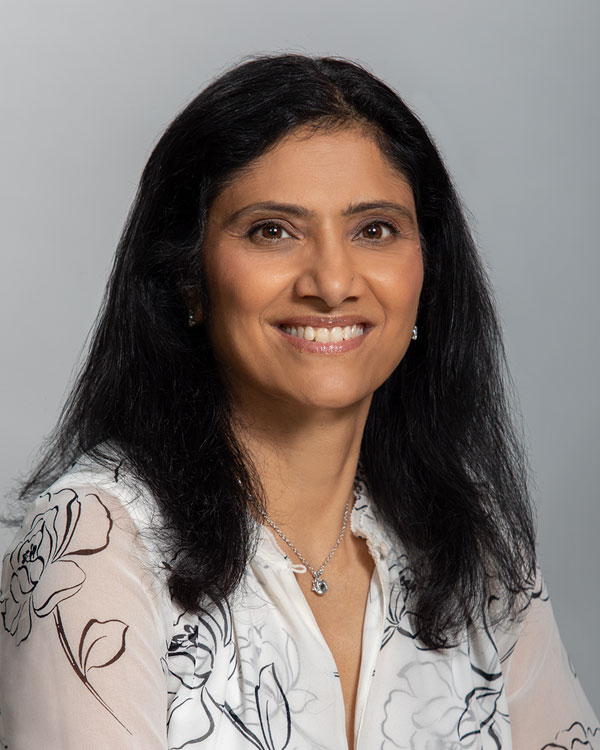 The University Academic Council (UAC) is at the core of academic governance for the AIU System. It is responsible for reviewing and approving substantive changes to academic programs, curriculum, and policies that support the Mission of the AIU System. The UAC consists of faculty who are voting members and appointed for two-year terms. Faculty are appointed to the UAC from all three member institutions. The UAC is chaired by the Provost and meetings are facilitated by the Secretary.